Signed, sealed and soon to be delivered 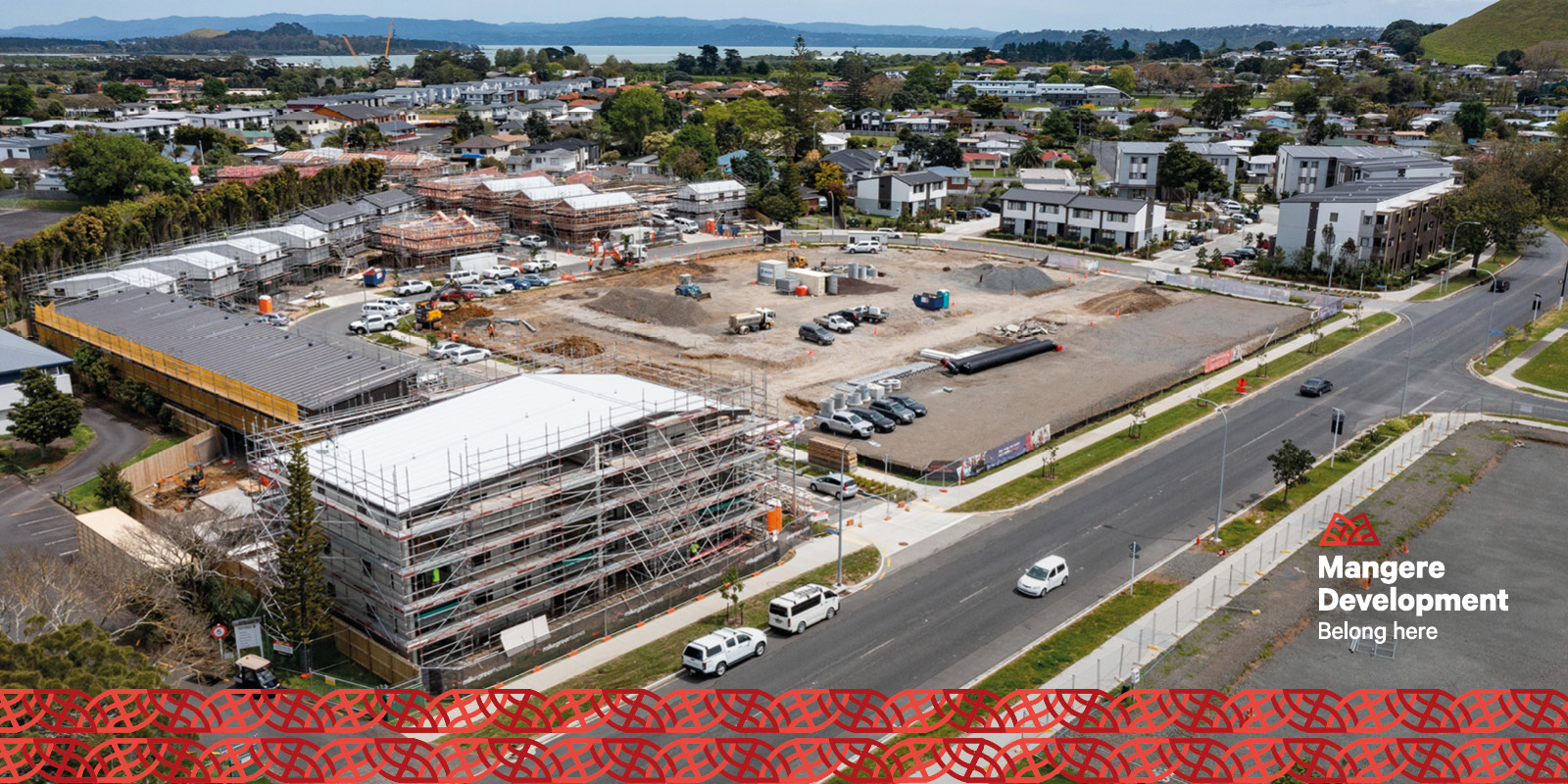 Candice Ama is the proud new owner of a two-bedroom, ground-floor KiwiBuild apartment in Mangere Development’s Bader Cessna complex. All the paperwork was finalised over lockdown – after five hard years of saving to get her deposit together, it was the best news she could get. “It’s an awesome feeling,” she says. “It has been a really long process but it’s so great to know that my money is going into my own home now.”

Like most of the new homeowners in the Mangere Development, Candice bought off the plans before her home was complete. Kāinga Ora works with reputable build partners like Mike Greer Homes to give buyers confidence to purchase this way.

Candice began the process by going to have a chat with Vera Wipani at the Mangere Development Info Centre. Vera gave Candice the confidence to start a conversation with the bank regarding a home loan and told her that there were homes available in the Mangere Development; she got Mike Greer Homes on the phone for an introduction, and later that day Candice found herself being shown around the Bader Cessna complex. She was excited after checking it out, but wasn’t sure she could make it work.

“I’d spoken to so many other people about houses,” says Candice, “but it seemed they were often in a rush and I felt like just another annoying person who wanted a house. This is my first home and I had so many questions. The process had ended in disappointment a few times so I didn’t want to get my hopes up. But Vera was so warm and understanding – all those fears disappeared and I started to believe it could work.”

There were still some hurdles for Candice. Although she had her KiwiSaver, some extra savings, and the First Home Grant that Vera had helped her to apply for, the bank wasn’t keen to give her a mortgage on her own based on her current earnings. Candice got around that by asking a friend to share ownership with her.

“My friend hadn’t been saving for her own home like me, but she was earning a bit more, so the bank was happy. We’ve had to compromise on a few things like a big backyard to get into the market, but this is a great start, you know? It’s modern and brand-new, it’s in a great location and we’ve learned heaps about the process. It’s pretty exciting.”

Candice has had some delays due to lockdowns. Kāinga Ora builder partners were not able to work for several weeks which means she won’t be able to move in until Winter 2022 instead of February. But that works out fine she says – she can use that time to save some more money for furniture.

“This is my future – it’s awesome to have a foot on the ladder in the Auckland housing market. And this is just the beginning!”